PetVivo’s (OTCQB: PETV) biomaterial that can be printed 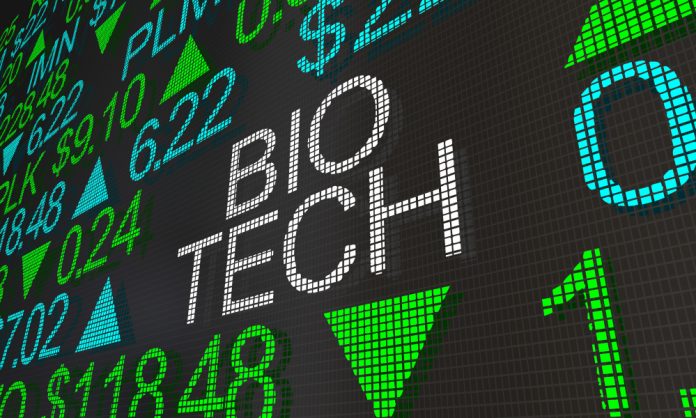 When it comes to biotech stocks, it’s hard not to go after the ones closest to the covid-19 cure.  After the world just witnessed President Trump miraculous coviid-19 recovery with the help of Gilead’s (NASDAQ: GILD) Remdesivir, Regeneron’s (NASDAQ: REGN) monoclonal antibody, Johnson & Johnson’s (NYSE: JNJ) Famotidine and more, It’s hard not to gravitate to and accumulate positions in each.

In it they discuss:

All of the above have taken major falls either year to date, or in the recent weeks.

Here is a company that surprisingly did not make the list.

Have a look at PetVivo Holdings, Inc. (OTCQB: PETV).  The stock has recently moved from a low of about $.20 per share up to over $1.60 on increasing volume.  It looks like the stock could be in the process of being accumulated.

Currently the stock has only 24 million shares outstanding and a market cap of $40 million.

Let’s take a look at some recent history and how it got here:

KUSH, PETV’s lead product is a veterinarian-administered intraarticular injection for the treatment of osteoarthritis (OA) in dogs and horses is scheduled for expanded commercial sales and the development of its proprietary mucoadhesive active agent delivery products. Sales in the $4.8 billion dog and horse therapeutics market is expected to begin shortly.

They just opened a state-of-the-art medical device manufacturing facility in Edina Minnesota, primarily dedicated to the manufacture of KUSH™ which will serve as the primary location for PetVivo’s medical device operations.

The facility includes over 600 square feet of state-of-the-art ISO 5, ISO 7 and ISO 8 cleanroom space, with plans for additional expansion and is dedicated exclusively to medical device manufacturing and product development.

It is staffed with a highly skilled team, led by a seasoned management team, and has the manufacturing capabilities to produce up to 500,000 syringes of Kush that could generate over $100 million in revenue annually.

Back in July, the stock was given a target price of between $1.74 and $2.32 per share by Marble Arch Research.  You can download the full report here: – Among other results, the report states “At ~1x FY23 sales, the stock is substantially undervalued relative to its comps mostly trading in a comparable 3X-4X P/S multiple range.”

Since then, and as the stock looks like it could penetrate the previous projections, PetVivo Holdings, Inc. (OTCQB: PETV) just announced that a company out of Orlando, Florida called nScrypt that designs and manufactures high-precision industrial Micro-dispensing and Direct Digital Manufacturing equipment, has just successfully 3D bio-printed PetVivo’s (OTCQB: PETV) biomaterial for orthopedic implants using its Bio-Fabrication Tool (BAT).

PetVivo’s (OTCQB: PETV) biomaterial that can be printed using this tool is a proprietary blend of hydrated collagen, elastin, and heparin, the four main components that make up living tissue.   To the best of the company’s knowledge, there is no other company that has the ability to provide these life-based components for the 3D printing marketplace.

Goldman Research just announced a new report with its current target price under review.  You can see the report here:

The applications and cures for this technology are endless.  Implants, replacements, up until and including the present, have been made with foreign ingredients like titanium and other metals.  The future of this science now lies with the technology that allows for a more biologically familiar biomaterial.  PetVivo’s biomaterial is made from the same components as the body’s natural tissue, allowing cells to be added to the structures being printed.

Ultimately, this breakthrough could lead to the creation of implants that actually mimic the bone itself.

PetVivo’s (OTCQB: PETV) press release goes on to read: “The PetVivo biomaterial, which consists of collagen, elastin, and heparin, can be used to create regenerative and/or biologically integrative medical devices, injected particles, coatings, and drug delivery vehicles. In addition, the PetVivo biomaterial can be combined with other biomaterials, enabling various kinds of implants to be created. PetVivo’s biomaterial technology is highly suited for the substitution or replacement of slower healing permanent implants used today, especially in orthopedic markets, such as spine and knee.”

Pet Vivo (OTCQB: PETV) also has a portfolio of 19 patents that protect the company’s pipeline of 16 products for the treatment of animals and people.

According to The American Pet Products Association, almost 85 million households have a pet and over the last 30 years pet ownership has gone from 56% to 68% of all households.

It seems that PetVivo has significant value here.  If you’re looking for a biotech that has not enjoyed a massive run yet, Pet Vivo may be the solution.